Christmas By The Dozen

Today was my 12th Christmas as a mother, my 19th with my husband, and the 43rd in my life. I don't think any two Christmases have ever been the same, but after reading a post by Lauri Meyers over at Lauri's Stories, I've been thinking about Christmases past and present. Since taking a moment to read it on Monday, just before the culmination of 8 weeks of preparation and madness, I haven't been able to get it out of my head. She wrote about many things, but the part about watching her daughter take the time to suck on a candy cane from beginning to end is what I've been holding to for two days.
I used to do that. My sister and cousin and I would hang out in front of the fire on Christmas day while the adults lingered around the table, my grandmother probably prepping to sing and dance, and we would just eat the candy canes off the tree. The competition revolved around seeing who could make the sharpest point without breaking it off. We'd sneak as many candy canes as possible until someone told us to stop eating sugar, which I don't think ever actually happened.
On other Christmases my grandmother, the non-dancing one, would arrive around the 23rd after work and stay with us through Christmas. She brought what seemed like endless bags of gifts, but that wasn't the best part. The best part was making cookies with her; at least 2-3 different kinds. My favorite were the Chocolate Peanut Butter Balls. I learned recently that she looked forward to it as much as we did, if not more, because with two boys of her own, she didn't have anyone to bake with. Thankfully, God gave her granddaughters.
So, a dozen years into Christmases with my own children, and especially after reading Lauri's post, I started comparing my own Christmases as a kid with my children's Christmases. Only one child is a fan of candy canes, the other two find them spicy--really???? Therefore there are no competitions around the sharpest point, which is probably a good thing. My own children do not have to wait for a grandmother to arrive to make cookies, we get started as soon as school gets out and keep baking until there is a delicious variety for all parties involved, including Santa. My husband's culture holds Christmas Eve as a celebratory evening and Christmas Day as much more mellow. We've found a way to create a balance between the two cultures and have learned that one party on one day is perfect- two is too much, even this time of year.
I used to be set on Christmas needing to be a certain way-- the way it was when I was growing up. With kids, one has to be fluid and adaptive, a lesson learned quickly when a child's sudden illness interrupts even the most carefully planned events, and plenty of nights when sleep is seriously needed. Almost 20 years after learning to incorporate someone else's traditions into my own, and he to incorporate mine into his, we have found our own. The children seem to love it all, who wouldn't, and I only hope that at some point when find themselves n the same position they are also able to adapt, celebrate, and love every moment.
For those who are taking a quiet moment to catch up on blog reading, I wish you the happiest of holidays and all the best that the New Year has to offer.
Posted by Unknown at 4:39 PM 2 comments: Links to this post 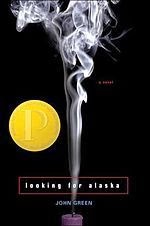